Back to Transport for London

331 students, aged 4-16years, across London took part in a series of innovative workshops led by artists Beth Atkinson, Holly Graham and Anne Harild. Inspired by Mark Wallinger’s Labyrinth, a unique artwork at every Underground station to celebrate 150 years of the Tube, students were encouraged to explore the ideas behind this major commission. Each school workshop drew upon one of the following themes, inspired by the lead artists’ own practice:

New artworks have been created by the students in a range of media, including printmaking, photography, collage and drawing. A series of Tube posters and exhibitions at Underground stations accompany this online exhibition. Work can be seen at the following stations from 14 April 2014: Canning Town, Charing Cross, Earls Court, Hainault, Hounslow East, London Bridge and St James’s Park. Exhibitions to follow at Canary Wharf and Southwark stations.

Developed in collaboration with ReachOUT RCA.

The Labyrinth collection was such a unique and inspiring way to celebrate our 150th anniversary. I’d never heard of ‘Sound Art’ before the staff and children arrived at Hainault station to record samples. Fascinating. Well done all. (Chris Weaver, Station Supervisor, Central Line East Group) 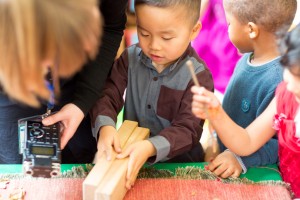 Beth Atkinson, A Sense of Place 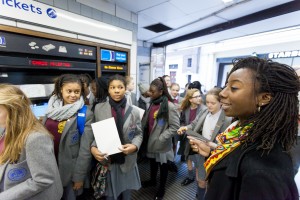 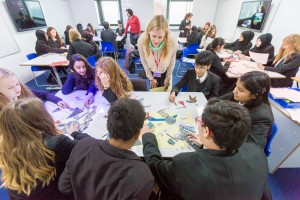